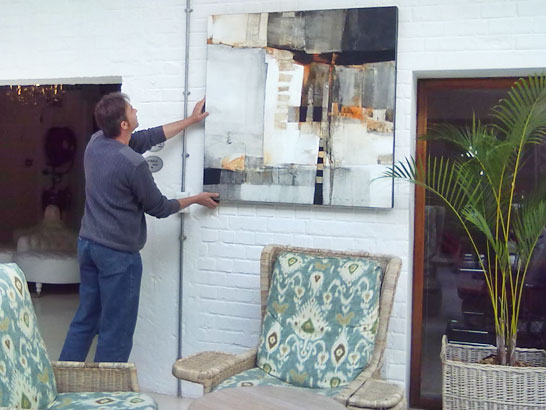 Peter Pharoah is one of South Africa’s most popular contemporary artists with a unique style that combines the abstract with the ethereal in a way that draws the viewer in, engaging with them as they explore the rich, vibrant colours, evocative brush strokes and textures.

His African Renaissance Faces of Africa collection celebrates the rich diversity and cultures of Africa in a series of colourful portraits inspired by people encountered on his travels around the continent.

His love of the African bushveld and iconic wildlife is evident in his collection of wildlife artworks where his use of colour and abstraction allows the viewer to imagine the scene and immerse themselves in the moment.

Peter’s originals and limited edition reproduction prints grace the walls of many private, corporate and hospitality industry collectors from around the world.

PETER'S EARLY YEARS
1969, May 16
Born in Johannesburg, South Africa.Peter's parents, Hugh and Anne Pharoah were thrilled with the arrival of their third son, Peter - who, from an early age showed an interest in art, following in his mother's footsteps to become one of South Africa's most popular contemporary artists. 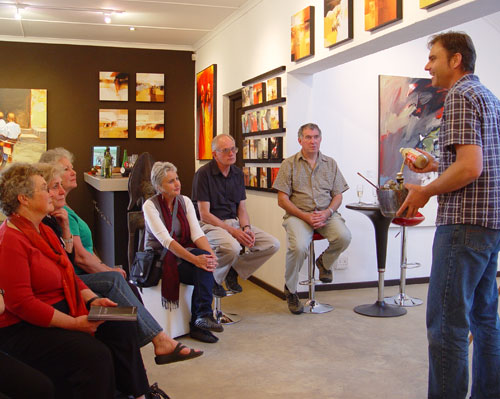 AWARDS & COLLECTIONS
Peter was a recipient of the Wilsenach Young Designers Award as well as the illustrious Natal Schools Art Award and the Grahamstown Art Festival Award.Peter's paintings grace the walls of many private and corporate collections including SAPS head office in Germany, Anglo American in London and many others on all continents around the world from Switzerland and Germany to Italy, France and Spain, the United Kingdom, Australia, Africa, the United States and Canada.

Bibliography | Peter's career thus far...
Peter Pharoah is a respected member of the South African art community and has been working as a full time fine artist since 1997.
Here are a few highlights from his career to date.

Peter's work is on permanent exhibition at The Pharoah Gallery in Wilderness, Garden Route, South Africa.

Peter Pharoah is a South African artist who was born in 1969. Numerous key galleries and museums such as Gladwell & Patterson have featured Peter Pharoah's work in the past. 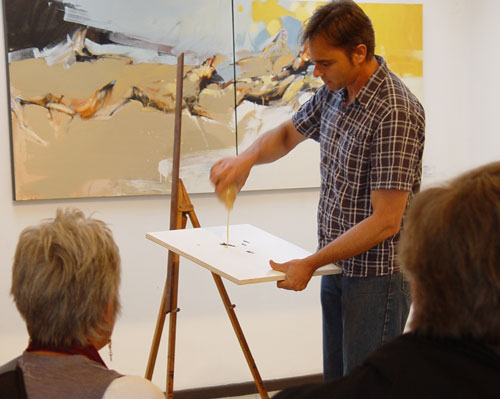 WWF & SHARK SAVERS SINGAPORE 2016
Mandala Fine Art Gallery
EXCLUSIVE 2017: When Mandala Fine Art closed its doors last year, it left art belonging to dozens of artists stranded in storage. And now the artists can't get their work back because the gallery also owes the storage company rent. Five of my paintings were part of the exhibition and to date, we have not been able to have them returned or even know what happened to them.

READ MORE AT STRAIT TIMES or on the INSIDE RETAIL website 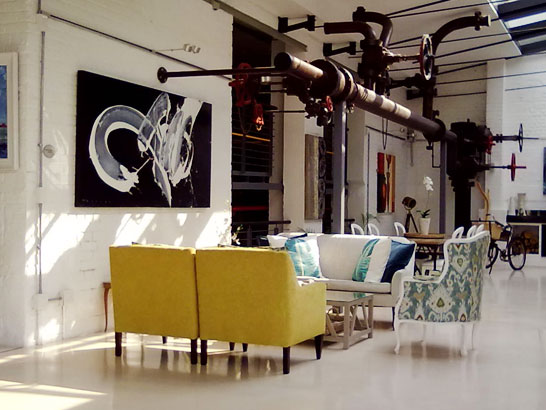 
RECENT COMMISSIONS
2013 Menlyn Maine - Tshwane. Peter Pharoah was commissioned to produce an artwork commemorating the completion of the Nedbank Falcom building regional head office. This prestigious building is situated in the heart of the Menlyn Maine precinct. The building is of a modern design and finish and comprises a ground floor with offices and retail and four stories of offices above. As always, eco-living and working is a top priority, as such, the building has achieved a 4 Star “Design” certification. 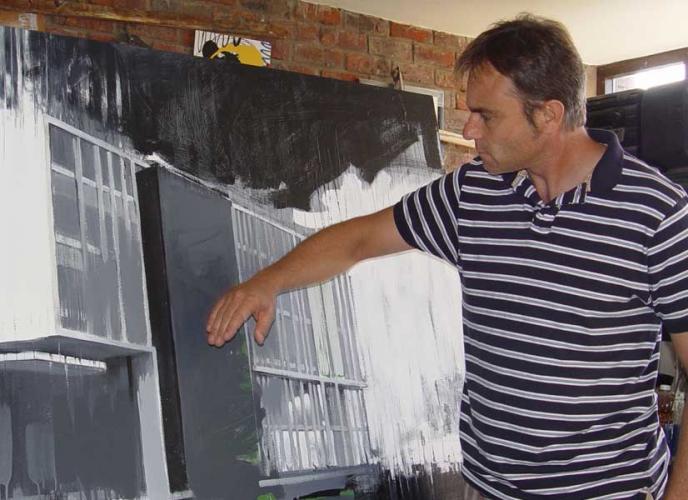 Winter 2014 Fancourt Magazine
Article featuring the Pharoah Gallery in Wilderness appears in the winter issue of the Fancourt Lifestyle and Leisure publication. 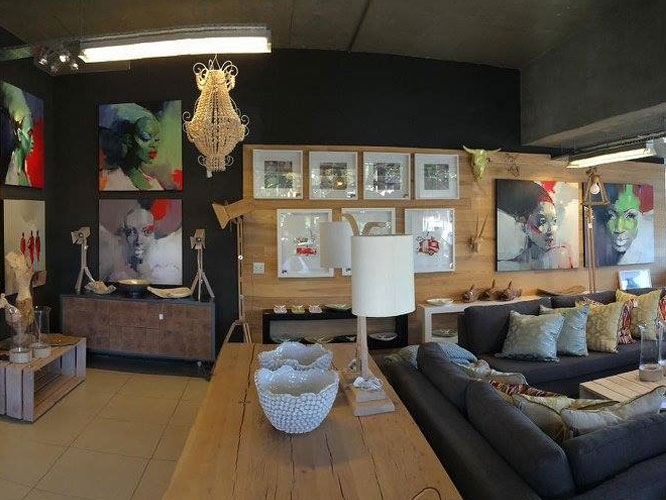 September 2011 New Zealand art group visit the Pharoah Gallery
A group of artists touring South Africa spent the afternoon at The Pharoah Gallery in Wilderness where Peter gave a painting demonstration presenting the visitors from New Zealand with an insight into his style and technique. 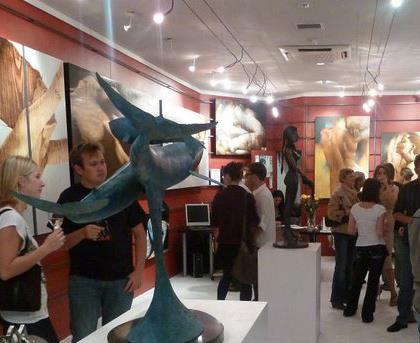 August 2010 The Pharoah Gallery @ The Girls Restaurant opens in Wilderness following the devastating fire that destroyed all of Peter's artworks. The collection only included prints as Peter had not recovered from the loss enough to pick up his paintbrush and begin painting again.

June 2010... The Pharoah Gallery destroyed in a fire
Gallery destroyed in devastating fire.Bafana Bafana played France in a nailbiting game during the World Cup Soccer event. South Africa came to a grinding halt as we cheered our national team... and the Pharoah Gallery was burned to the ground, all Peter's artworks were destroyed.May 2008 - Private Pilot's LicencePeter qualifies as a private pilot and begins to use his private airplane to travel to remote regions to find reference and inspiration. 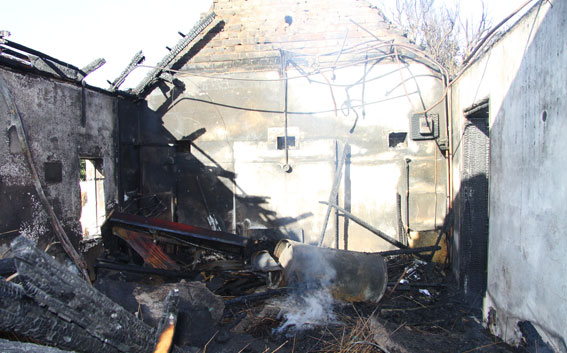 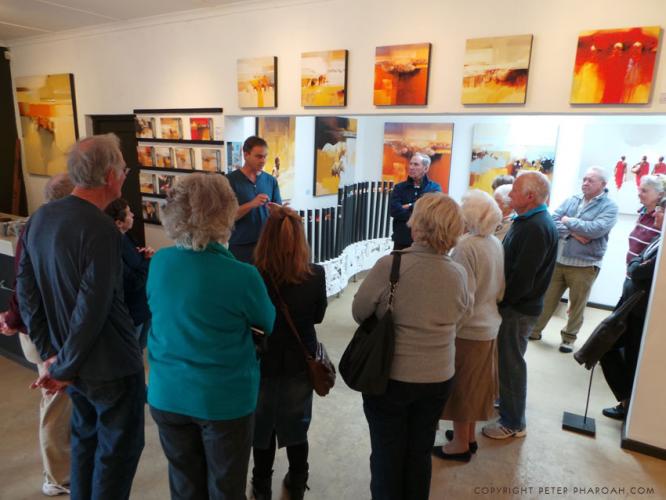 2005 February "The Wildlife of Africa"
An astonishing exhibition of wood & stone sculptures as well as oil, acrylic and watercolours by Linda Lemon, Lawrence Bango, Derric van Rensburg and Peter Pharoah

1999 February: "A Journey into Africa" Peter's first solo exhibition at the Knysna Everard Read Fine Art Gallery during February and March 1999, featured a collection of unique portrait studies of tribal Africa. His powerful strokes and bold use of colour flawlessly captured the harshness and cruelty of Africa, and yet defined the beauty and elegance of the African people in a way that is impossible to ignore.

Pharoah shows his expertise by Timothy Twidle,
The Herald 2010/04/21

2010 February : George HeraldArts & entertainment. Inspired by Life... by Pauline Lourens,
Peter's artworks were featured in an article with details about his technique and style. 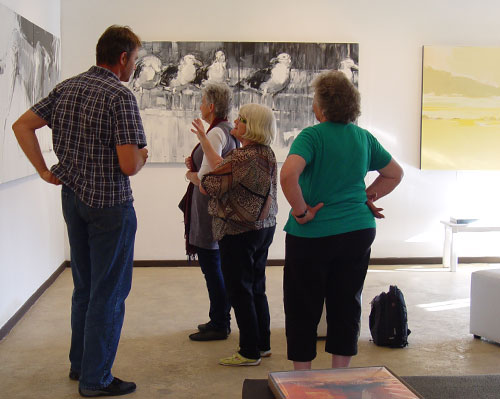 COPYRIGHT INFRINGEMENT BY MR PRICE RETAIL STORES
Top SA artist short-changed by Mr Price 2008-03-06 ByPatrick Burnett
The saying imitation is the best form of flattery has taken on a sour meaning for internationally recognised Garden Route artist, Peter Pharoah after he was astonished to find that poor quality prints of his work were for sale at Mr Price Home -- without his permission.Read the article in the SA Art Times 2005

Peter Pharoah was interviewed and featured in an article on Investing in Contemporary South African art..Peter's artwork was selected to feature in the "His & Hers" Retail Therapy feature of the magazine.

2005 February : An Outing with Richard Rennie & students.
Acclaimed South African watercolorist, Richard Rennie and a group of his students visited the Pharoah Gallery for a morning with Peter, discussing his technique, style and inspiration.

2005 January : International Artist Magazine
In the Dec 2004/Jan 2005 issue of International Artist, Peter was featured in an eight page article describing his technique, style and inspiration with images of his artworks and a step by step technical demonstration.2004 Getaway MagazineThe Pharoah Gallery in Wilderness was featured in an article entitled Trade Routes, detailing unique and unusual shopping locations in the Garden Route. 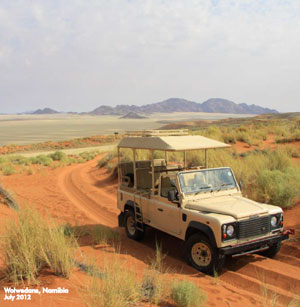 2004 April : A Morning with Peter Pharoah
A group of high school art students from Cape Town spent the morning with Peter at the Pharoah Gallery in Wilderness discussing his technique and art as a career.

2004 April : Universal Prints - Germany
Peter Pharoah is the only South African artist to be invited for inclusion in this catalogue series of fine art prints. Signed prints are available from the Pharoah Gallery in Wilderness or online with numerous vendors.

2003 Pasella
Charlene Truter from Pasella, a South African lifestyle magazine television programme interviewed Peter at the Pharoah Gallery and discussed his work and the day to day life of a full time artist living in the Garden Route.

2003 June : George Herald
Peter was interviewed for an article on the Arts & Entertainment pages of the George Herald community newspaper. 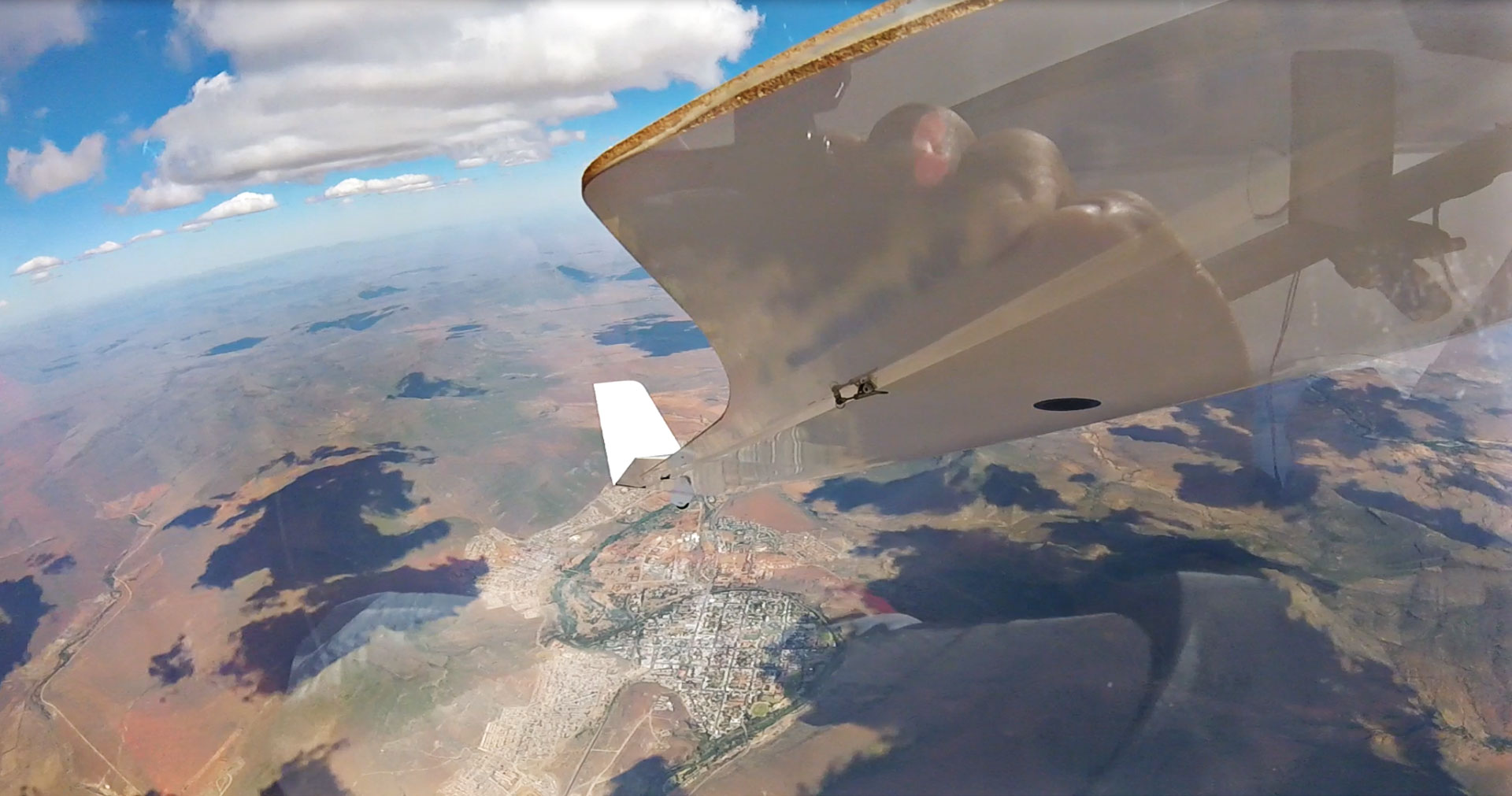 2002 Lifestyle Matters
A lifestyle magazine television programme visited Peter at the Pharoah Gallery to discuss his work and the day to day life of a full time artist...

2001 June : The Pharoah Gallery hosts SA Artists evening for artists of the Garden route.Brian Snellgrove, international speaker and founder of southafricanartists.com hosted an evening an the Pharoah Gallery. 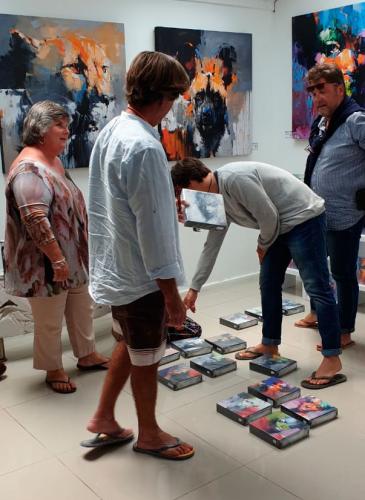 1998 November: Fine Art Career
Peter moves to Wilderness and embarks on his career as a fine artist working in oils on canvas and board.

1994 : Freelance illustrator in the advertising industry Peter was proficient in all mediums, airbrush, pastels, gouache, acrylics etc. Under enormous pressure to produce storyboards for TV commercials, renderings for ad campaigns as well as finished art for seemingly impossible deadlines, he thrived in this difficult environment creating a sound work ethic which he relies on today.

1992 : Young & Rubicam
On completion of his studies, Peter joined the internationally acclaimed advertising agency, Young & Rubicam where he worked as an art director and illustrator.